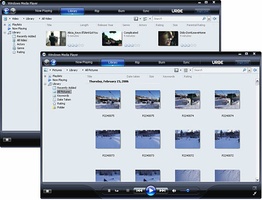 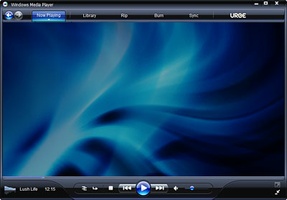 Advertisement
Windows Media Player has been Microsoft Windows operating system's media player since its initial versions. Starting from Windows Vista, this tool was included by default with the operating system. However, versions like Windows XP and earlier versions needed to installed separately. This is its installer.

This tool lets you play all kinds of multimedia files, both videos, and audios, having support for an endless number of formats and encoders. You can associate it with the most common file extensions and use it as your default player. You can also use this version of XP to extract audio tracks from a CD (in WMA format with or without protection), burn music and video CDs or tune in to online radio and TV stations.

Windows Media Player is also capable of working with subtitles, synchronizing audio, making changes to the video aspect ratio in real-time or creating playlists among many other features. Its only drawback is that it is not as light as other alternatives, but it makes up for that fact with its robustness and obvious integration with the rest of the operating system as it is an official Microsoft product.
Translated by - Banear Inglés -
Advertisement

License
Free
Op. System
Windows
Requirements
Version for Windows XP. Later versions such as Vista, 7, 8 or 10 already include it as standard or must be downloaded from the Microsoft store.
Category
Media Players
Language
English
Author
Microsoft
Downloads
5,131,585
Date
Feb 5th, 2009
Why is this app published on Uptodown?
(More information)

congratulations, I have downloaded many programs from vs. site, but tonight I found the surprise in the download of media player 12 there is a VIRUS that has infected my pc, luckily I was able to bloc...

Regards. It also plays .mp4 and MPEG (.mp4) formats as well as converting .mp3 to .mp4?. Does it not create a conflict if I leave the previous version ?. For your attention thanks.

I have tried to install it for many opportunities and I could not. I don't know what is going on, can you help me. Thank you.